It is a distributed ledger or database used to record transactions across many computers in the network and avoid third-party intermediaries. Each block in the blockchain is linked to the previous block using cryptography. The significant feature of the blockchain is that it can be programmed to execute transactions automatically, thus reducing human involvement and cost.

What is blockchain used for?

Various payment methods are used to transfer money, and most of them involve a third party such as banks. A blockchain-based payment system can eliminate the need for a bank. The transfers can occur within minutes, and the recipient gets the funds immediately. More information.

Blockchain can be used to manage assets just as a company would do by having shares of stock. Assets can be stored in the block, and if it is desirable, the assets can be transferred with a tap on the screen.

Blockchain is used to record transactions securely and also helps with internal processes. For example, if a particular person has certain privileges, they can access specific information or a particular file.

It is possible to create smart contracts that are executable and execute on the blockchain. These contracts are designed to automate transactions via the use of code.

How does blockchain work?

In the simplest of terms, blockchain is a distributed database with a stored list of records known as blocks. Each block typically contains a cryptographic hash of the previous block, timestamp, and transaction data. Each node in the network has a copy of the blockchain. Whenever there is a new transaction, it is validated by all network members and added as a block that must be validated by confirming nodes to be added to the chain.

The blockchain database is not stored in any single location but is distributed across each node making up the system. This is what makes the blockchain platform secure. As all copies of the database are identical, they are all updated simultaneously if there is a change in any copy, which happens regularly.

How is blockchain better than the traditional system?

As blockchain is an immutable ledger, it allows the participants to deal directly with each other. So there is no need for a third party involvement such as banks.

Blockchain-based transactions are faster since no intermediaries like banks are involved in the process. This allows for nearly instantaneous settlement of transactions.

Blockchain is an open, distributed ledger that allows participants to keep track of transactions without the need for a central authority to verify each transaction. This makes it difficult to commit fraud.

The blockchain system is highly accurate as every copy of the database has the same information, and no single transaction can be deleted or changed. 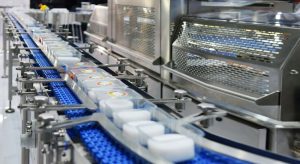 Previous post Food traceability – why should we care about it?

No comments to show.